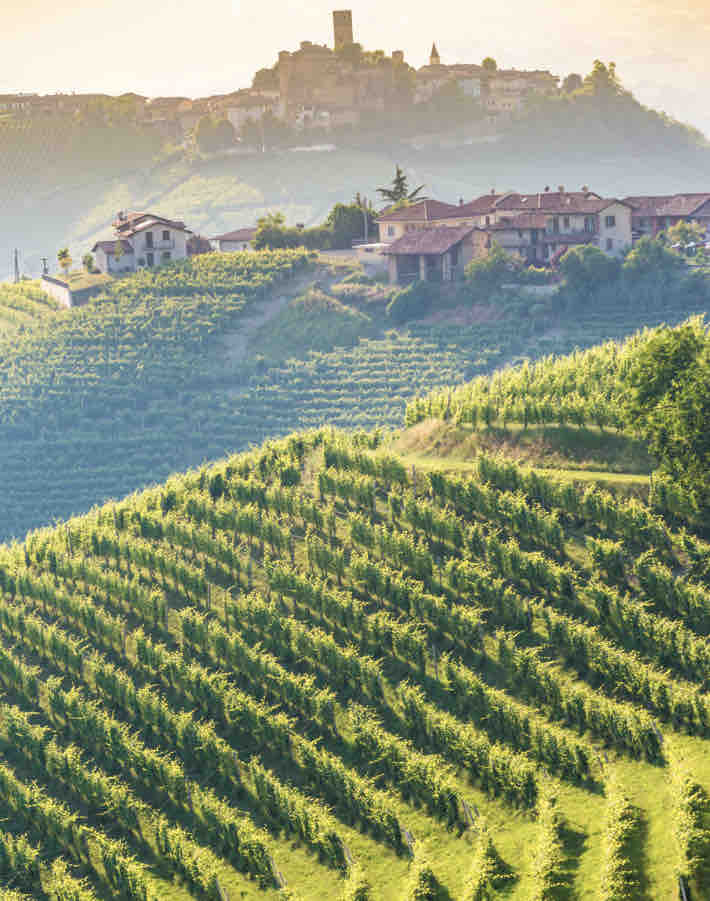 Barolo is a the home to some of Italy's greatest wines and spiritual homeland of Nebbiolo. The vineyard is roughly 2,000 hectares of rolling hills in the province of Cuneo in Piedmont, in the hills known as The Langhe.

The DOCG (denominazione di origine controllata garantita) covers 11 communes: 5 major ones of Barolo, La Morra, Monforte d'Alba, Serralunga d'Alba and Castiglione Falletto; then 6 minor ones of Novello, Verduno, Grinzane Cavour, Diano d'Alba, Roddi and Cherasco, the latter two only having one vineyard each. These communes are then further fractioned down into 171 single vineyard sites, known locally as Menzioni Geografiche Aggiuntive (MGAs), a rather awkward expression for what we used to call the 'Crus'. Having an MGA associated with the name of the wine is a signal that the wine has elevated quality, and most top Barolos, barring a few exceptions, are produced and named this way.

We normally carry a wide range of wine from here, with a focus on a core of producers. Monchiero is one of our favourites, an ultra-traditional producer who uses long macerations and ages the wines only in large Slavonian oak casks. We have their single vineyard Barolos from Montanello, Roere di Santa Maria and occasionally Rocche di Casteglione. The historic producer Luigi Einaudi has fantastic vineyards in a few of Barolo's communes, we tend to favour their Terlo Vigna Costa Grimaldi from the commune of Barolo, but we are anticipating the release of their debut vintage of Monvigliero from Verduno.