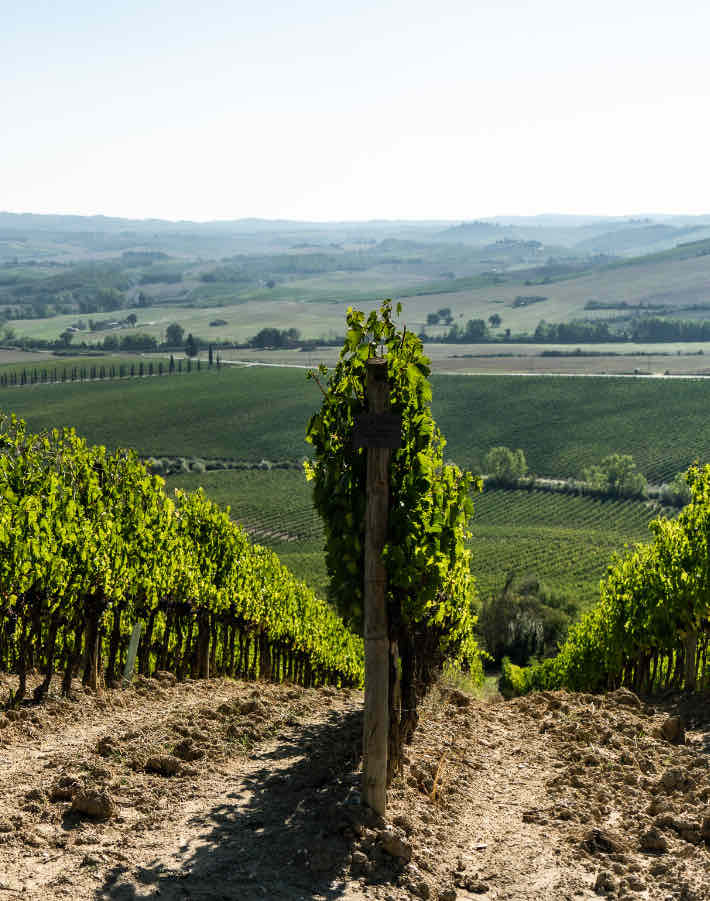 Tenuta Alzatura is owned by Famiglia Cecchi, Tuscan winegrowers since 1893, owners of Villa Cerna, Castello di Montaùto, Val delle Rose and Villa Rosa. Cecchi purchased this estate in the late 1990s, their first venture outside of their homeland of Tuscany. Andrea Cecchi realised the great potential of Sangiovese in Umbria, but more importantly, the region's signature variety, Sagrantino.

Montefalco is a small region of around 800 hectares in the landlocked region of Umbria in Central Italy. This region shares a border with Tuscany, so the wines often fall into the sphere of influence of their more important neighbour, certainly with the use of Sangiovese, one of the two important black varieties grown here. The other main variety is Sagrantino: a vine which nearly disappeared in the 1960s, but it's undergoing a strong revival, mostly but not entirely down to the work of pioneering viticoltore Arnaldo Caprai, whose wines firmly put this variety back on the map. In 1970 there were a mere 78 hectares of Sagrantino in Italy. The latest vine census of 2010 records 994 hectares, scattered around Umbria and Tuscany. This great work is being continued by a band of highly motivated, small producers such Tenuta Alzatura.

The next variety due for revival is the rare Trebbiano Spoletino. There are 7 varieties in Italy all with the name Trebbiano yet they are all distinct varieties which have very little to with each other genetically. Alzatura has worked tirelessly in cultivated the best clones of this variety for their Montefalco Bianco, producing two rich, creamy whites.