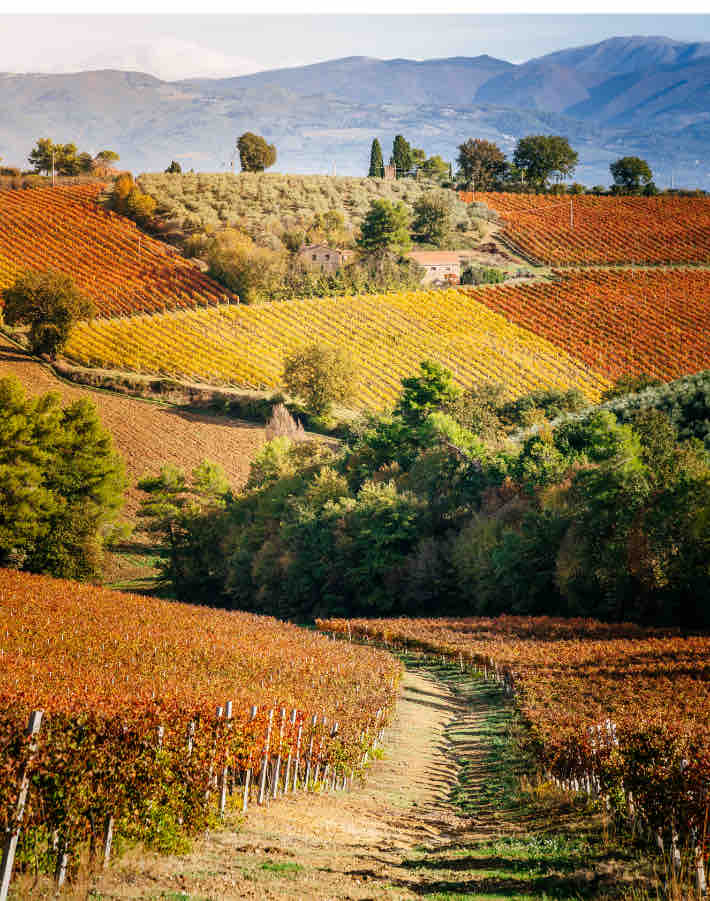 The Wonder of Sagrantino

Umbria is another of Italy's small regions, landlocked with Tuscany to the north and borders with Lazio to the south and Marche across the Apennines. Viticulturally it is within the sphere of influence of Tuscany, but is now becoming better known due to tourism, and its calling card, Sagrantino. The region is largely volcanic and strewn with lakes, which is of note as it is due to Orvieto's proximity to Lake Corbara that here you can find some of Italy's greatest sweet wines made with Noble Rot.

Up until the late 1980s, there was only one producer of any significance on the international wine scene, Lungarotti. Orvieto had some degree recognition through its popularity in Italian trattorias, but now this has all changed. The little DOC of Montefalco is home to one of Italy's wonders, the extraordinary grape variety that is Sagrantino. One producer above all, Arnaldo Caprai, has made this variety an international celebrity with its sheer power and indestructible ability to age. Now there are others. I must admit that I have a fondness for this variety: it is pure hedonism, but we are allowed to indulge ourselves every now and again. We follow the wines of Tenuta Altazura, who is making an excellent Sagrantino and Montefalco Rosso, at quite exceptional value for money.