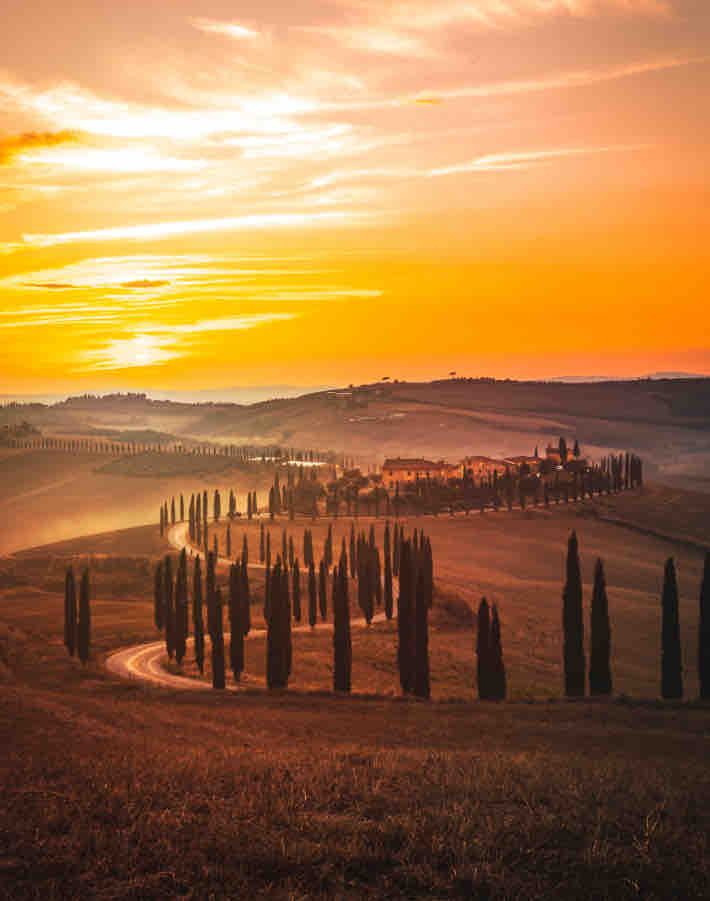 A Return to Tradition

Tuscany is the region of Italy that most fine wine drinkers gravitate towards. It occupies much of Central Italy with a Tyrrhenian coast to the west and the Apennines to the east, it has both Mediterranean and continental climates. The story of Tuscany begins with its major black variety, Sangiovese, one of the most planted varieties in Italy, but here is its ancestral and spiritual home. Sangiovese makes up the majority of the blend of Chianti, Vino Nobile di Montepulciano and various other DOC/Gs and 100% of Brunello & Rosso di Montalcino. Chianti Classico is the region between Florence and Siena and has been systematically polluted with foreign varieties such as Cabernet, Syrah and, God forbid, Merlot. Now, we are seeing a return to more traditional blends as producers are gradually moving away from the Super Tuscan movement of the 1980s & 1990s. In Montalcino, where only Sangiovese is permitted, producers have also shunned the illicit use of foreign varieties and the wines have never been better because of it. Helped out by a good run of vintages, as well.

Elsewhere, there are still gems to be discovered. San Gimignano is home to the only major DOCG for white wines, yet its planting of its traditional variety, Vernaccia di San Gimignano are on the wane, but not at Castello di Montaùto who still champion this variety. The Tuscan Coast is still the hotbed for innovation, unlike other bits of Tuscany it is the international varieties that thrive and make the best wines, with the occasional exception