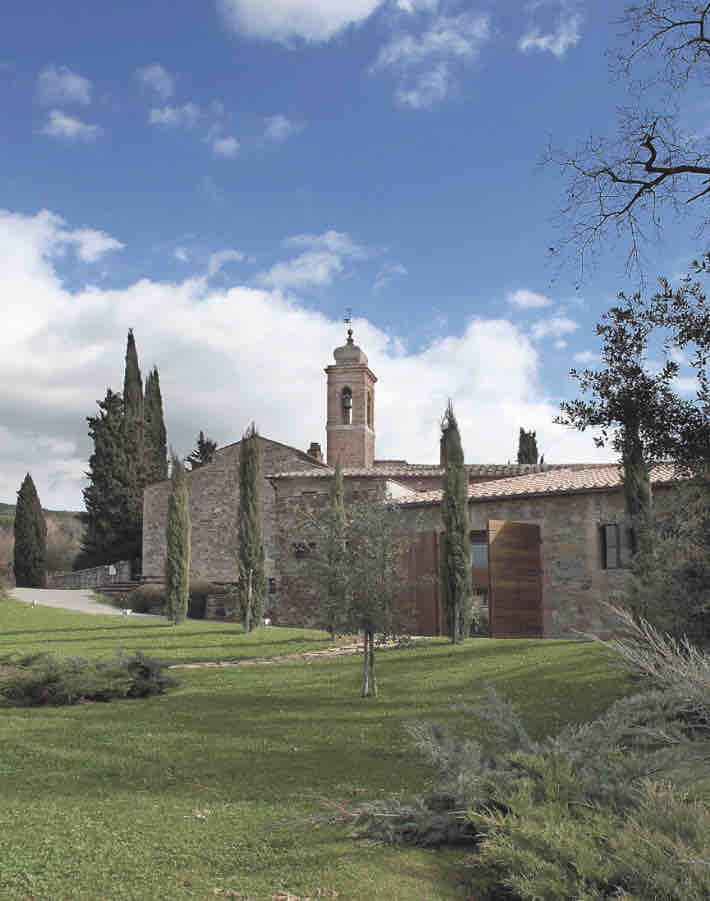 Angelo Gaja, the revered Barbaresco producer, caused quite a stir when in the early nineties he purchased land in Montalcino creating the estate of Pieve Santa Restituta. It has taken a generation for Gaja to be no longer considered an interloper, now very much firmly part of the Brunello fraternity, and one of its most vocal and active ambassadors.

The original property was 16 hectares of already-established vineyards in Tavernelle next to Gianfranco Soldera, later in 2005 adding a further 10 hectares near Torrenieri, a site they call 'Deserti'. Even more recently there are more new vineyards in Bossignano which will come on stream with the 2019 vintage.

In the early days when Gaja was still finding his way, he experimented with French oak for the Cru wines of Rennina and Sugarille with great success, but with more recent vintages he has made the switch to larger barrels and tonneaux which have less oak influence and we think the wines are even better for it.

There are three expressions of Brunello - no Rosso - produced here. The estate wine, simply called Pieve Santa Restituta is made from the younger vineyards of Deserti, and is always the first of the three to reach its window of drinking, although in most years it has very good cellaring potential. Rennina and Sugarille are what we call the Cru wines, both grown at Tavernelle. Rennina is not technically speaking a single-vineyard wine, instead made from 3 small parcels together potentially making around 15,000 bottles. Sugarille is one parcel on Montalcino's finest galestro rock formations producing the longest lived and most powerful of the three, and potentially up to 10,000 bottles.